DYNAMIS-POP at the international Microsimulation Conference 2017 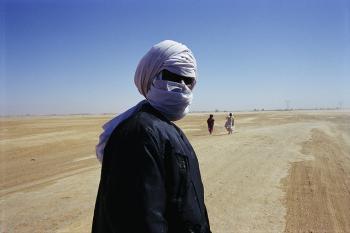 Population projections are key for policy making and planning. Unlike the traditional cohort component projection method—a macro approach— microsimulation models can produce projections disaggregated by a broad variety of individual characteristics. They allow to model realistic life-courses and their diversity, and support the modeling of interactions between people. By developing the DYNAMIS-POP-MRT model for Mauritania, we aimed to demonstrate the feasibility and potential benefits of population microsimulation in the context of developing countries based on typically available data-sets. We start with a microsimulation implementation of DemProj, a macro model widely used in developing countries. We then extend the model to incorporate more detailed characteristics and behaviors. Extensions include a fertility module allowing realistic projections of fertility by level of education of the women. We also add a child mortality module that incorporates factors like mother’s age and education. It’s the inter-generational transmission of education is modeled. First union formation is also introduced as a key determinant of the timing of first births. For most behaviors, users of the model can choose between a base version resembling existing macro projections and a refined version. Results of the refined models can be aligned to the base versions thus re-producing existing macro projections for aggregate outcomes, while producing realistic life-courses and additional characteristics, and allowing further disaggregation of results. A simple study on the demographic effects of educational improvements in Mauritania is provided as an application example. The model is portable to other counties and freely available with extensive documentation and software.

Microsimulation for Population Projections in Developing Countries: A Portable Application with a Country Case Study (DYNAMIS-POP-MRT); Contribution to the Conference of the International Microsimulation Association; Torino, Italy 2017

DYNAMIS-POP and a country case study for Mauritania was presented and discussed at the Conference of the International Microsimulation Association in Torino, Italy, in 2017.